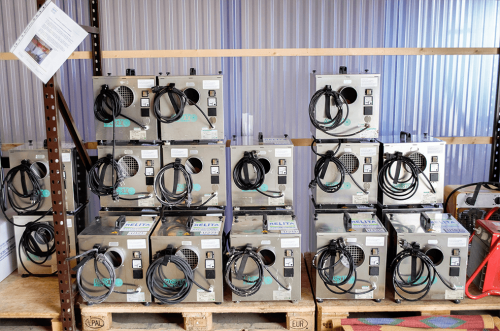 Relita AB was founded April 15, 1996, and have now 20 years later over 350 employees. Relita is the market leader in their industry in Mälardalen, Sweden. They are headquartered in Uppsala and have offices in Stockholm, Norrtälje, Borlänge, Västerås, Tierp, Sala och Gävle.

Relita is a full-service company involved in sanitation, property, construction and transportation industries. Since the start, Relita has offered dehumidification services such as structural drying for water damage restoration projects as well as the installation of dehumidifiers for condensation control in various applications. The day Relita started Tomas Ericsson from Garsviken Moisture & Energy Technique AB went to visit them. Garnsviken since then has been a proud supplier of more than 500 DST dehumidifiers to Relita and their dehumidifier company, which was founded in 1997. Over 300 of the delivered dehumidifiers are being used for drying services.

Kent Öhrlund, business developer at Relita, says that the reason they have chosen to use DST’s dehumidifiers, especially the DR-30, is because they are robust and both easy to manage and to service. They specifically like the fact that they are very reliable and have a long lifetime. Most of the dehumidifiers that they have acquired and installed throughout the years are still in operation.